Ever since 1991, the spouses Székely sensed the people's need to buy clothes. They believed that the best opportunity was to start a business with second-hand clothes, to cope with the market demand after the Revolution. 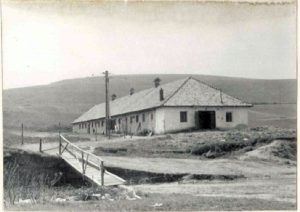 It all started with a van full of clothes, a single employee and a handful of customers.

From a small seed warehouse, situated in Vlaha, Cluj County, where the business started, it then moved to an animal stable.

It was subsequently rehabilitated to meet market demand, giving rise to a sorting plant and a wholesale sales warehouse in the year 2000.

The business has expanded continuously since 1991, and the expansion in the country was first carried out through a 2000 sqm warehouse in Târgu Mureş. For lack of space, the wholesale warehouse was moved from Vlaha to Someșeni, then to a much larger warehouse in the neighbouring town of Apahida. It wasn't until 2012 that I returned ”home”, in a large facility specially built for Roseco’s needs in Vlaha.

Today, within the logistics park in the town of Vlaha, there is the sorting plant and the wholesale warehouse under a roof of 6000 sqm.

The number of employees has increased to 170, and the customers, as many and more, come from countries like Romania, Pakistan, Africa and others.

How to find us